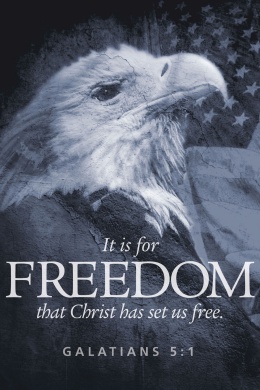 Independence Day, commonly known as the Fourth of July, is a federal holiday in the United States commemorating the adoption of the Declaration of Independence on July 4, 1776, declaring independence from the Kingdom of Great Britain. Independence Day is commonly associated with fireworks, parades, barbecues, carnivals, fairs, picnics, concerts, baseball games, family reunions, and political speeches and ceremonies, in addition to various other public and private events celebrating the history, government, and traditions of the United States. Independence Day is the national day of the United States.
During the American Revolution, the legal separation of the Thirteen Colonies from Great Britain occurred on July 2, 1776, when the Second Continental Congress voted to approve a resolution of independence that had been proposed in June by Richard Henry Lee of Virginia declaring the United States independent from Great Britain. After voting for independence, Congress turned its attention to the Declaration of Independence, a statement explaining this decision, which had been prepared by a Committee of Five, with Thomas Jefferson as its principal author. Congress debated and revised the Declaration, finally approving it on July 4. A day later, John Adams had written to his wife Abigail:
The second day of July, 1776, will be the most memorable epoch in the history of America. I am apt to believe that it will be celebrated by succeeding generations as the great anniversary festival. It ought to be commemorated as the day of deliverance, by solemn acts of devotion to God Almighty. It ought to be solemnized with pomp and parade, with shows, games, sports, guns, bells, bonfires, and illuminations, from one end of this continent to the other, from this time forward forever more.
Adams’ prediction was off by two days. From the outset, Americans celebrated independence on July 4, the date shown on the much-publicized Declaration of Independence, rather than on July 2, the date the resolution of independence was approved in a closed session of Congress.
There is no question that July 4, 1776 is the date that the Congress approved the final official document, having voted to declare independence two days earlier. Thomas Jefferson, John Adams, and Benjamin Franklin all later wrote that they had also signed it on that day. However, most historians have concluded that the Declaration was signed nearly a month after its adoption, on August 2, 1776, and not on July 4 as is commonly believed.

Idaho Falls hosts “Liberty On Parade” in celebration of Independence Day. Tens of thousands of people line the roughly five mile parade route each year to see the 100+ entries. Our property on South Boulevard is along this route. We invite you, your family, and anyone else you care to bring to join us as we celebrate our freedom watching this parade. The parade begins at 9:00 AM, so come early to get a good seat.

Find more information about the 4th of July Parade on the Idaho Falls Chamber of Commerce website.

Come as you are!